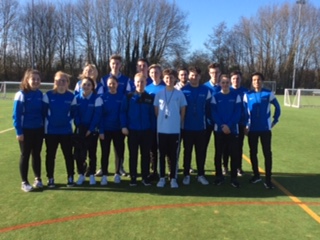 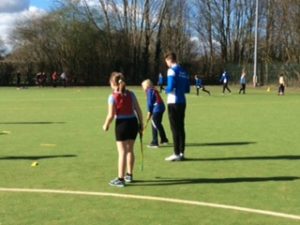 Well done to everyone that took part!

Both competitions took place at the Abbey Complex, played one after the other, with what proved to be a very beautiful sunny day!  Students from Cambridge Regional College once again were ready to umpire the 4-a-side matches, played using a larger and lighter hockey ball.

Each competition consisted of 3/4 divisions with 5/6 teams in each division, playing each other in a round robin format. The winners from each of these and the highest runner-up overall went through to the semi-finals. Both semi-final winners would qualify for the L3 School Games County Finals in St Ives on Thursday 29th June, with the losing semi-finalists going on to compete for Bronze place medals!

The final saw fabulous open and skillful hockey being played, but Morley B proved the stronger, winning a close encounter 3-1 over Newnham Croft A.  Congratulations to all the teams involved and good luck to Morley B and Newnham A who qualify to represent the Cambridge Partnership at the L3 County School Games finals later in the Summer term.

At our competitions along with the usual medals we give out, schools are given a set of ‘spirit of the games’ values stickers to reward to children back in school who have best demonstrated the different values. As well as rewarding the winners and runners up at each of our competitions we will also be recognising the team/school that has shown good sportsmanship and best demonstrated these sporting values and they will be presented a ‘Spirit of the Games’ award.

The morning Competition saw Morley A receiving the certificate for honesty and the afternoon was received by The Grove B team. 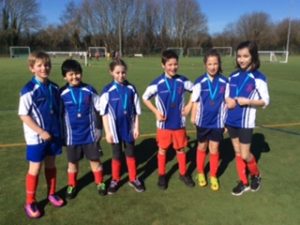 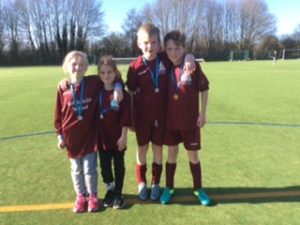 It is always a pleasure to work with CRC students who have supported the Partnership on a number of occasions. 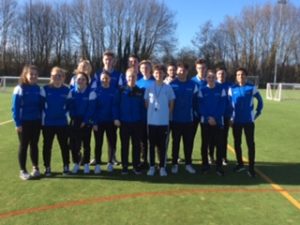