15 teams took part with over 160 Year 5 & 6 children enjoying competitive inter-school sport at a high standard. The games were competitive and exciting to watch on rather windy netball courts. Children were enthusiastic and willing to try their best for a chance to win a medal and take a shot at the winning shield.

The Netherhall leaders were ready to help and assist with the Championships. 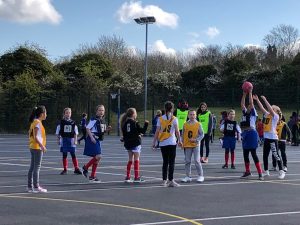 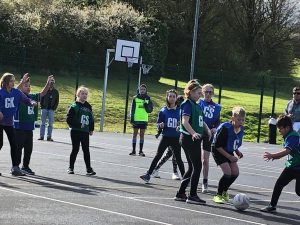 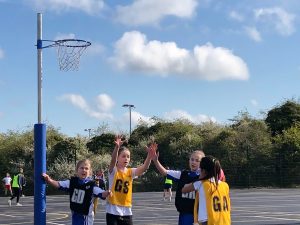 The Spirit of the Games award was awarded to The Grove who demonstrated determination throughout the championships.

Congratulations to everyone who took part and represented their school. The standard was high and the atmosphere exciting and competitive!

Lisa Woolfe from the Sports Partnership said “The B competition is always such a lovely event to run. Children come along with such high spirits. In the games they play with great sportsmanship and they really play with such passion and enthusiasm. It’s always windy on the Netherhall courts but the weather doesn’t seem to bother them in the slightest as they are so focused throughout.” 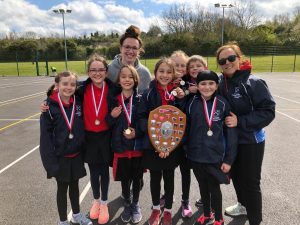 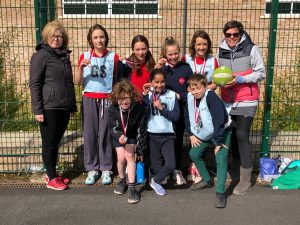